A War Against the Corporate Collusion of the Century 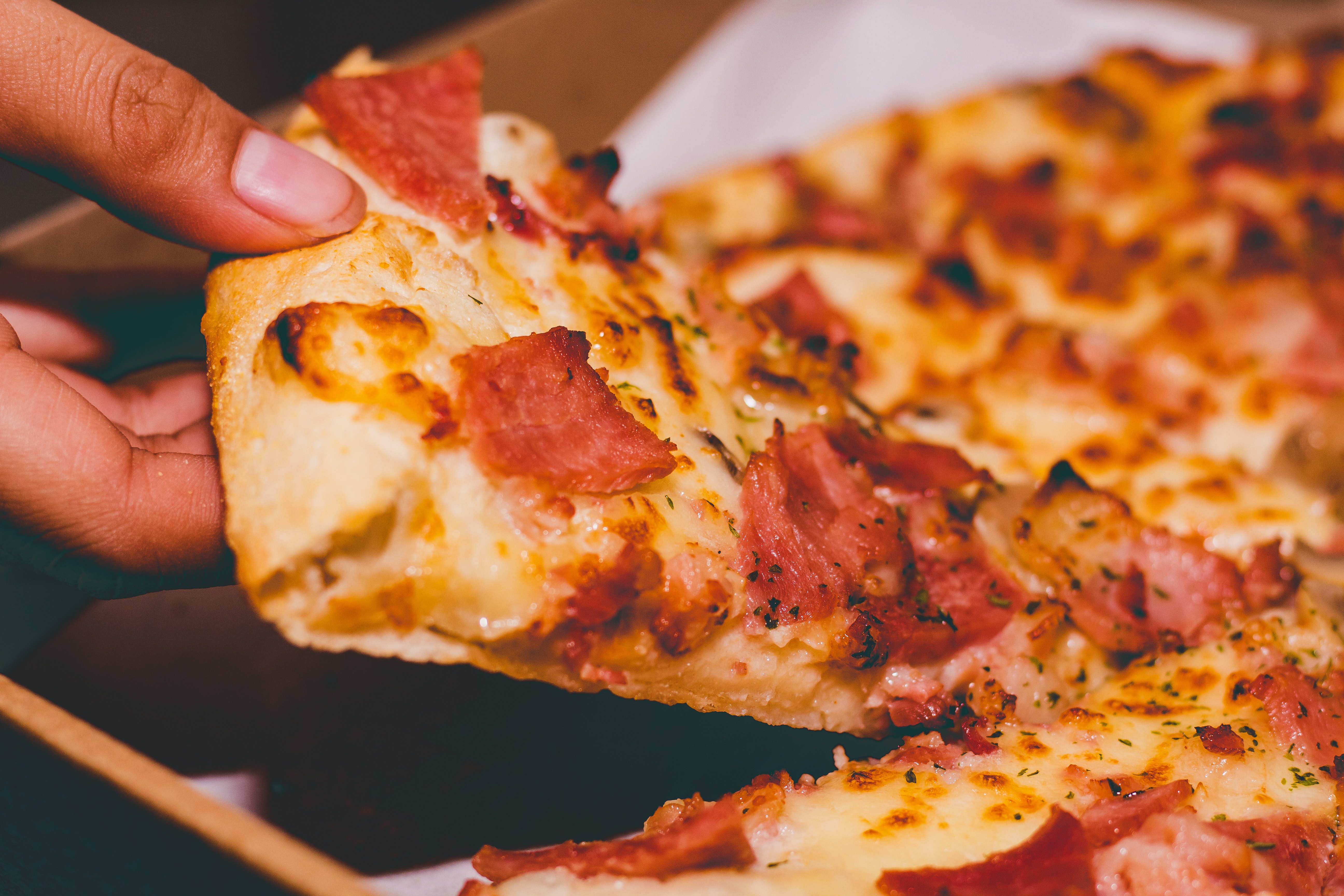 How is "Big Pizza", the way you eat it, prime numbers, and the biggest act of corporate collusion the century has ever seen all connected? I'm about to take you on a journey, my friend.

We've all been there more times than we care to remember. Pizza math... How many slices do and therefore boxes of pizza do we need to achieve maximal group pizza euphoria?

Is it just me? Or is there something fishy, dare I say insidious going on here?

Well it's not just me, and I'll come right out and say it:

"Big Pizza" knows that by putting 8 slices of pizza in a box they sell more pizza... it's basic MATH!

"Big Pizza" isn't stupid. They know all about math. They probably had a team of mathematicians work out the ideal number of slices per box that would maximize profits! Do you think it's a coincidence that every major pizza chain (that I can think of) uses 8 slices a box? If that is not unequivocal proof of corporate collusion I don't know what is!

How Many Boxes Do You Need?

I'll spare you the math (for now), but here's how it breaks down how many boxes you need. And before you get all uppity and say "well it depends on how big the pizza is and how hungry the people are." I'll just tell you now: it doesn't matter. And I'll prove it later.

Fine. I'll prove it now because I can feel your skepticism penetrating space and time and goading me on my couch as I write.

If you get a bigger pizza, people just want fewer slices, so you'd just be looking at the table respectively. The point is that in aggregate, 8 slices a box increases the overall number of boxes you need to buy because of how it divides pizza slices among the eaters. People don't share slices unless they're freaks.

Let's look at how many boxes you would need if instead of cutting pizza 8 slices it was cut into 12:

If you've been following along you'll see that the maximum number of boxes needed in the worst-case scenario here are 3 whereas with 8 slices a box it's 5. Or to put it in common-speak:

Now we all know that "Big Pizza" doesn't sell partial boxes, so of course, we need to use a ceiling function (or round up) to the next highest box to achieve the maximum pizza vibes we're going for:

The problem is this rounding up necessity. Enter highly composite numbers (anti-primes).

I won't get too much into the weeds here but basically, highly composite numbers are:

In simple terms, they're numbers that are super friendly to dividing up neatly. It's probably easier to just see it, so below is a list of the first 10 highly composite numbers. And wouldn't you know it, what number is conspicuously absent? And look what number happened to be on the list? 🤔🤔🤔

At this point, you might be thinking: "Well why not 6?" And I say to you: "Just chill." I'm down with 6 too, so long as it's not 8. In all honestly "Big Pizza" probably could've done us worse by choosing 7 as it's prime, but the logistics of getting pizza cut nicely into 7 slices would've been an operational headache, not to mention being even more blatantly obvious than 8.

What You Can Do About It

"Big Pizza" has been getting fat on our extra pizza dough (that's right, I said it) for far too long. Sign my petition and as a great man once said let's "save the change we want to spend elsewhere in the world.

Start Cutting Your Pizza In 12ths

It's not hard, simply start the way you normally start cutting pizza and then modify it slightly: